From age three on, our curly-haired darling would announce, “I’m going far, far away from you, mama!” And so she has. Argentina, to be exact. Launched into the great big world at 17. At age four, we left her at Grandma’s as we led a two-week high school trip to Greece. We could barely get her to stop playing long enough to speak to us on the phone, “I’m never ever gonna see you again but it’s ok, ‘cause Grandpa and I are having so much fun. Bye!”

The sense of independence that began with visits to Gram and Gramp increased in ever-widening circles, aided by “so much fun!” Summer camps.  Mission trips. We could get rarely a peep out of her about her world-expanding experiences, other than a thumbs up as they were special, fantastic events to be savored by her alone.

Visa interview in DC at Consulate

on Argentine soil for the first time… in DC

Carly’s dream of going on international exchange emerged and snowballed into reality with her vision of beginning a center for intercultural understanding someday. She applied for the AFS Latin American program and won one of four scholarships, was accepted into the Argentine program, then assigned a host family. (n.b. After one month in Argentina, she switched families.) After NO goodbye fanfare (Text: “Taking off soon. Bye!”), nine hours by plane to Buenos Aires and fourteen cross-country hours by bus later, she was warmly welcomed by her host family. (Text: “I’m with my family in Tucumán, the travel was luxurious and they are amazingly wonderful people. DON’T WORRY ABOUT ANYTHING.”-Carly) (Subtext: “That’s it, mom. See you in July.”)

Launched. We have just launched one quarter of our family. Crazy to realize it’s happened to us. It’s different to write a blog called FamilyLaunch than to do it, right? I shouldn’t be surprised she’s gone, though I’m still dizzy in the head as I pick up the pieces that are still whirling about in the tornado of her departure.  Maybe Hurricane Carly is more apt? Connecting with her year–long crush and falling madly in love in her final 3 weeks here.  Maneuvering to spend every minute together with him.  Breaking curfew.  Getting a speeding ticket.  Arguing with us, “You’re driving me crazy. I can’t wait to leave! I’m 18; I should be able to____.”  (me: “NOT YET!”)  Letting slip a few confessions, “I didn’t actually take my online government class final yet, but I have till June, right?” “Oops, I lost my retainer in Miami.” “Dang, can’t find my glasses; just mail them, ok?” Last minute packing and unpacking when the suitcase weighed 15 pounds over limit. These actions were all out of character for her, so they made our heads spin.

I’m told this is perfectly normal “leaving home” behavior. Some students even pick a fight, so everyone is mad and it makes the student’s breaking away to independence  and the parents’ letting go a little easier. Soooo much easier !?

Reading her tweets (via Google translate) such as: “New  family!” with a happy picture of her bus station welcome and “I miss Chipotle and Ben & Jerry’s more than I miss my family” reassure me in a back-handed way. When it doesn’t feel as if my daughter broke up with me.

Dropping the habit of “checking in/checking up on her” is harder than I thought. Not entirely because I am a control freak, but because it turns out THIS WORLD IS A DANGEROUS PLACE! AND MY CURLY-HAIRED, THREE-YEAR-OLD—um, I mean eighteen-year-old—IS OUT THERE IN IT!

Our first contact via Skype one week after she arrived involved her rapid-fire-talking for 90 minutes (despite a cold and hoarseness), giving us a horrifying description of her birthday night at the disco when one of the 10 girls had a drug slipped into her drink. Since the other girls’ solutions involved propping the girl up on a bucket outside and dumping glasses of water on her, Carly took charge by ushering everyone into a taxi at 5am to take her home. (“But don’t worry, Mom and Dad. Everyone says that NEVER happens. And my dad here is a policeman! I’m safe!”) As my wise sister reassuringly pointed out, Carly handled a surprisingly scary situation with initiative and decisiveness, while commenting casually “I’m never going back there.”

Other quick texts from Carly do this mom’s freakish heart good, “Found a Sunday night church service,”  “Say Hi to the Youth Group.” “Thanks for pics. Kinda miss you.”

Until last weeks’ text, “Food poisoning. Nearly threw up in class on the 2nd day of school.” 😦  We actually traded texts for a few day while she was sick in bed—mostly about immodium— and it was followed up 6 days later,”Things better.” (Subtext:Don’t need you anymore, mom… for now.”)  I am proud of Carly’s brave handling of new challenges.

Meanwhile, I know all the drama of leaving (and then returning for three weeks this summer) will be followed up in rapid succession by a theatrical encore, her August college departure for Davidson College in North Carolina.

Carly’s leaving is not temporary: “I’m going far, far away from you, mama!” She’s on her way to adulthood. While Carly is in Argentina, the clock ticks on. She is truly launched.

I am getting accustomed to being a family of three.  A male, mom-is-outnumbered, family of three. As soon as I turn my focus to my son, in an instant, the next shocking count-down begins, to send him off to high school, “Ten, nine, eight…” 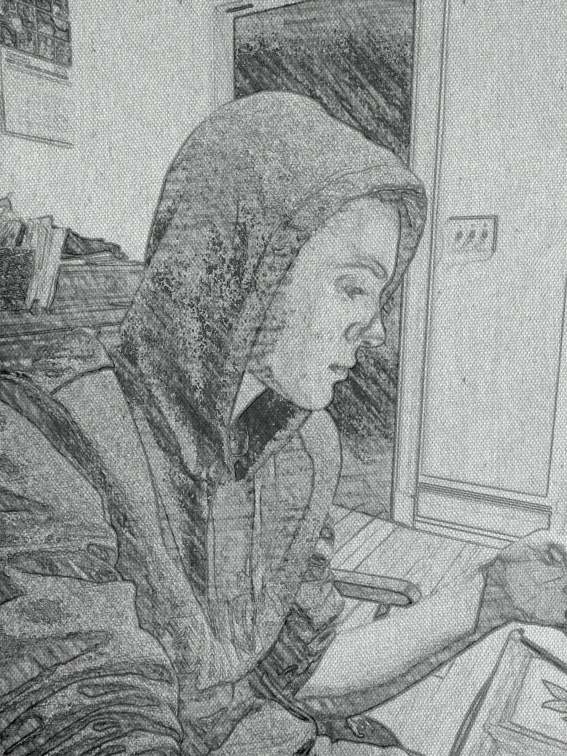